Happy birthday to me!

Yesterday was a very special day in the Estrela world. It was my 3rd birthday. You may stop singing "Happy Birthday" now and continue reading.

My favorite human and my agent made it a special day for me. We went for a ride in the van. At first my agent was very thoughtful and left the leash long enough for me to get up quite a ways on my favorite human's lap. But apparently (and this really surprised me) for some reason she did not like that very much, because we stopped and my leash was shortened so that I could no longer do that. That did not make me too happy, but as usual I went along so that the humans would have some illusion of being in charge.

Soon we made another stop and my agent went inside a building. After a few minutes he came out with some delicious-smelling food. But for some reason, none was given to me! Then we went to one of those places where they drive up to a window and bags of food are passed out. My kind of place! But again, no food was given to me. After a little more driving we arrived at the place with all the water and the sidewalks where the humans sometimes take me to go for walks and to be admired. But... get this -- there was no more water!

In its place was just snow. And there were people out in the snow. Look: 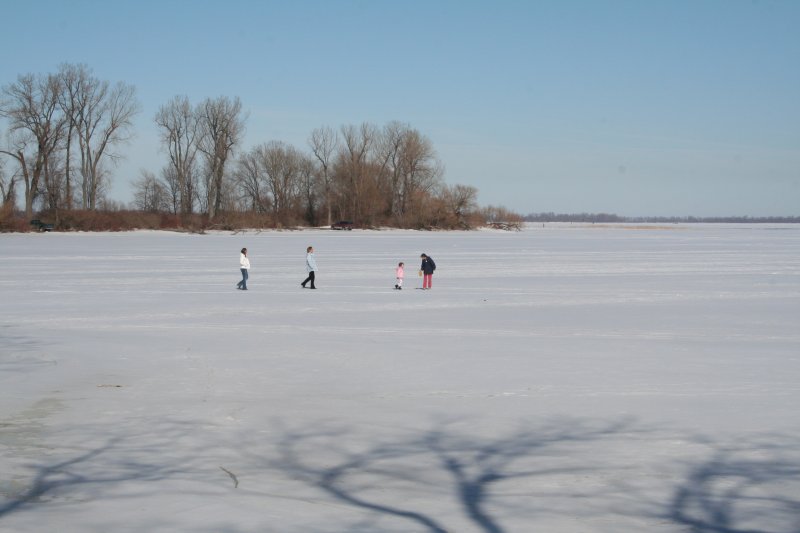 First my agent and my favorite human ate, right in front of me. And it was Greek food. I couldn't believe it. You know how I love that stuff, especially baklava. Well, they didn't give me any. They ate it all. All they gave me was water... in a little paper cup.

After they ate we walked around and my agent and my favorite human took some photos of me. Here is one where I am on top of a mountain of snow (but you can't tell that): 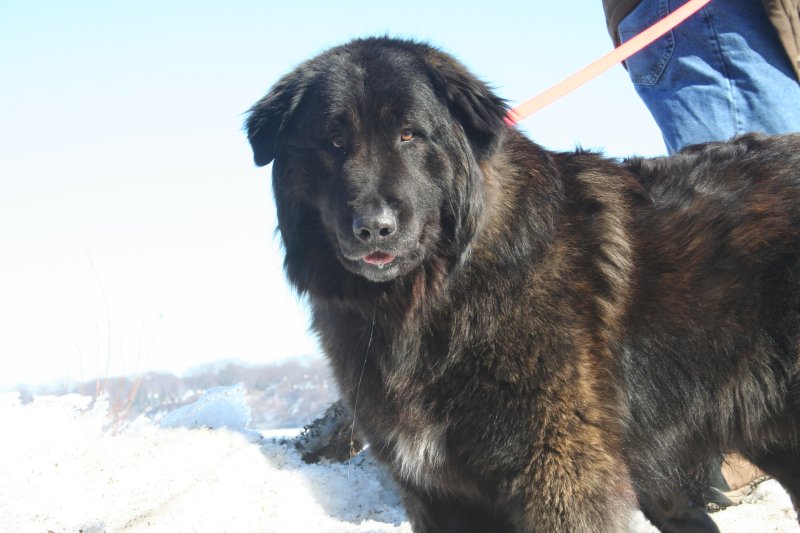 My agent and I also walked out where there used to be water. When I get a chance I will upload more of the pictures to my gallery.

When we returned to the van, obviously the humans had returned to their senses because they revealed my birthday surprise: a cheeseburger. Here I am checking it out. 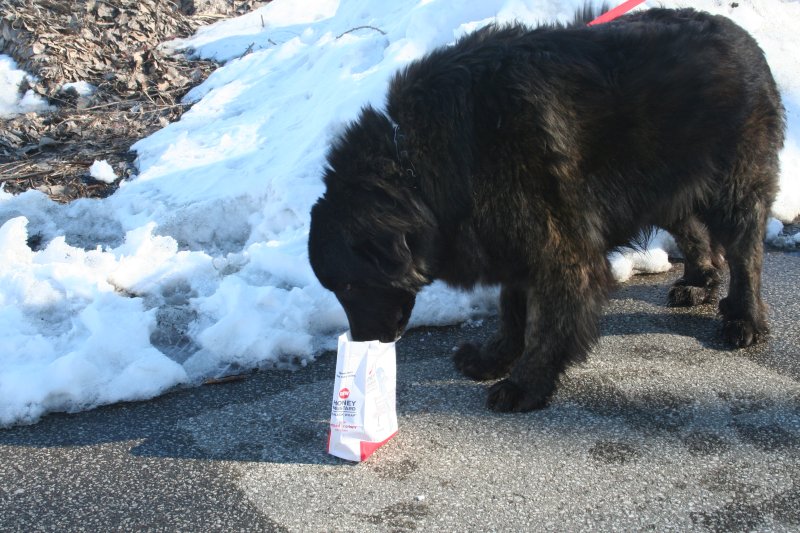 Now, this type of hamburger is... kind of palatable. I had to eat the meat and leave the bun behind. But then I cleaned up most of the bun anyway... we mustn't waste food! It had too much ketchup. But hey, food is food, right?

After that they took me home and I got to go in the house and see big dumb wolfhounds. They were not aware that it was a special day (as if they ever have birthdays...) but they were still happy to see me. They were making some kind of mumblings about having a special day next weekend, with them being "Irish" and there being a St. Patrick's day parade and all. Personally, I think people would rather see me than them, so I know who the humans are really going to take, but I didn't say anything. I say let them have their little illusions.

And now, the weather is sunny and kind of warm. I spent some time today running around with one of the big dumb wolfhound puppies while my agent cleaned poop out of my kennel (now that the snow is melting, it's kind of like an archaeology dig out there!). It's getting springlike and there have been lots of critters out and about. So now I must go out and do some more guarding!
Posted by Champion Bart the Estrela Prince at 2:34 PM