So, it seems my favorite human had a potted plant (kept outside) which was not looking so well. At the same time, she had little holes in the nearby garden. She was quick to blame chipmunks or similar creatures but I had my suspicions. And after a recent rain, when she was going to move the pots back after having moved them out to get some rainfall, my thoughts were confirmed.

Look at this guy: 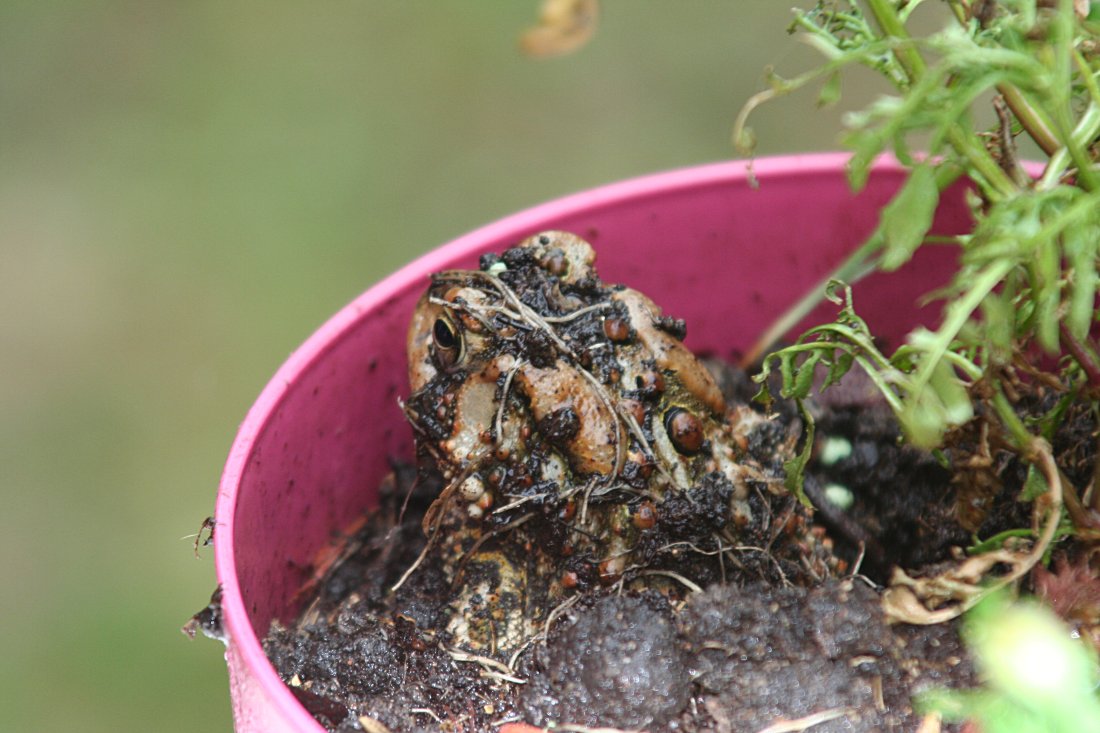 Cleverly (for a toad) disguised, leaving a trail of wrecked flowers behind him, was a spy.

Those white fibrous things on his back that look like plant roots? Wires to his listening devices. The black blobs on him that look like dirt? Well, they are dirt -- he is hiding in the dirt, you know.

I have seen others like him come out at night and park themselves near the garage door. One actually hopped inside when my agent came in to let me out for a walk. Good thing (for the toad) he saw him before I did.

As for this one, when my humans noticed him he froze long enough so they could get photographic proof, then high-tailed it out of there, only to be confused by the small fence that the humans have as a border to the flower garden.

If you haven't yet realized just how bad the toad menace is, I leave you with one last photo. I apologize for the shocking horror of it, but sometimes that is what it takes for people to see the truth. 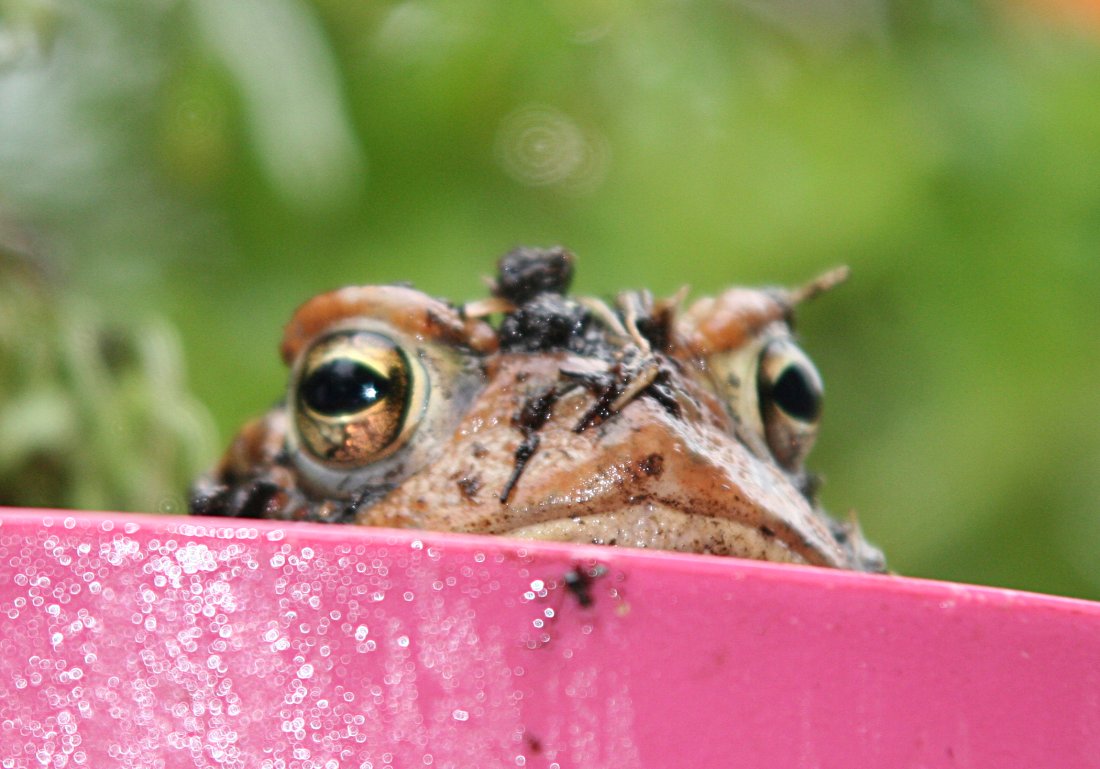 Posted by Champion Bart the Estrela Prince at 4:12 PM

You may be right. The humans have been finding a lot of golf balls in the pond, which is odd since none of them play golf.

Next time they find one, I must chew it open to make sure the toads didn't booby-trap it.